The Tokyo Summer Olympics will be one to remember for years to come. Originally intended to be played during the Summer of 2020, it was pushed back because of the pandemic, like many things over the past year. Although it had a different look due to all the precautions and restrictions, the games went on!

Filled with amazing moments throughout the 16-day run, memories were made, records were broken, and legends were born. 206 countries were represented by over 11,000 athletes, all of whose stories and abilities inspired the millions who tuned in each morning and night to watch these amazing humans compete. Most will remember all of those who won, but it’s important to recognize those who went the extra mile and taught us some important career lessons that can translate into our everyday lives. Here are some Olympians from Tokyo that truly gave us some quality lifelong career lessons.

Get back up and keep going with Sifan Hassan

Sifan Hassan, a runner from the Netherlands, knows a thing or two about never giving up. One of the best female long-distance runners in the world, Hassan was one of the favorites in all of the events she was competing in. So when she fell on the final lap of the 1,500-meter preliminary run, shockwaves were sent throughout the crowd. Hassan felt not one of those shockwaves. She got up, gathered herself, and sprinted throughout the last 300 meters to come from behind and win the race. Many have stumbled and fallen in their respective professional careers, and nowhere near as close to a big stage as Hassan did. And just like Hassan did, getting up and winning is still feasible. Determination and the will to win are the perfect combinations for success. Keep Hassan in mind any time you face a big career obstacle, and you will be inspired to keep going.

Sticking together with Nijel Amos and Isaiah Jewett

Not all athletes were as lucky as Hassan. 800-meter runners Isaiah Jewett of the USA and Nijel Amos of Botswana got their feet tangled on the final turn of their event and both came crashing down. The two men who have spent their entire lives preparing and training for this event saw it snatched away from them when they fell onto the track. And while they were almost certainly filled with frustration and disappointment, the two men from different countries helped each other up, put their arms around one another, and walked to the finish line together–coming in 54 seconds after first place. Neither got to receive the medal they both vied for, but it isn’t how you start, it’s how you finish. And together, they finished like champions.

This year’s high jump competition was as close as it gets. Qatar’s Mutaz Essa Barshim and Italy’s Gianmarco Tamberi were neck and neck throughout the whole event and, when scores were tallied, they had identical records. The Olympics judges for that sport were in the middle of setting up a jump-off between the two athletes when they walked over and simply asked, “Can we have two golds?” The rest is history. Rather than competing to be the sole winner, the two decided they wanted to be etched into the annals of history together as co-Gold Medal Winners for the High Jump event. Unheard of? Kind of. Unusual? Yes. Inspiring? Without a doubt. Glory is a dish best served family-style and these two will forever willingly be linked because of mutual respect, love for their sport, and the message they sent to the younger generations.

The Tokyo Olympics introduced many new sports to the world and one of the most popular was the Surfing event. Kanoa Igarashi, a Japanese-American competing for Japan, was a favorite to win considering that the competition was on the beach where he grew up surfing. Disappointment set in when Brazilian phenom Italo Ferreira swooped in and took the gold, relegating Igarashi to the second-place silver. As Igarashi was leaving the water, he saw Ferreira struggling during his interview because of the lack of a translator. Instead of sulking with the fact that he came up short, Igarashi walked over, put his arm around Ferreira, and used his knowledge of Portuguese to help translate for the gold medal winner in order to give the proper interview he deserved. He finished second in the sport he loved, and he chose to honor the winner properly first and foremost. Wanting to be successful is an attribute that all strive for, whether openly or within. But to have the humility and respect to recognize those who get to the top ahead of you? That deserves its own type of gold medal.

Of all the Olympians on the list, Simone Biles is far and away the most recognizable name. In fact, she was probably the most famous Olympian heading into Tokyo. That’s why her story is that much more important. Biles, the favorite in every competition she was in, shocked the world when she decided to step away from the games because she wasn’t in the right state of mind to compete at the highest level. Favoring her own mental health and not wanting to drag her teammates down, she removed herself from the competition to work on herself, something absolutely unheard of for an athlete at the top of her game. What she did drew tons of criticism, but inspired just as many people. If the best athlete at a sport can take a step back to evaluate and address their own mental health, then any person in any occupation could and should be allowed to do the same. Pushing yourself through this type of stress and adversity can only be further detrimental to your mental state. If you’re feeling mentally and emotionally exhausted, especially during a time like this, address it so it doesn’t affect your work and daily routine and doesn’t snowball into anything bigger. Biles made an executive decision and, because of that, her teammates got an opportunity to step up and shine. Let’s not forget, Biles came back and won the Bronze too. So don’t hesitate to take a step back. And when you’re ready, come back stronger. 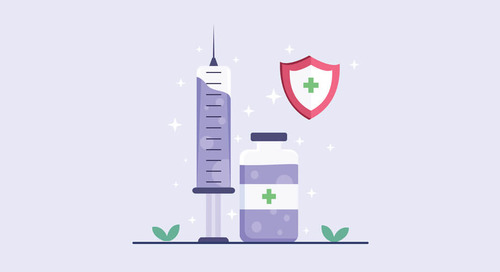 COVID-19 Vaccinations For The Workplace: What You Should Know

COVID-19 vaccination mandates are affecting people across the country. As an employer or job seeker, it’s i... 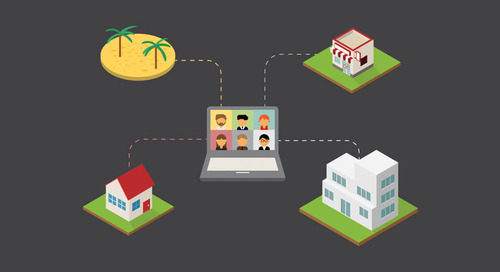 Back To The Office: How To Ease Into A Flexible Work Environment

Returning to the office will be a big change for some. If you're jumping into a flexible work schedule, her... 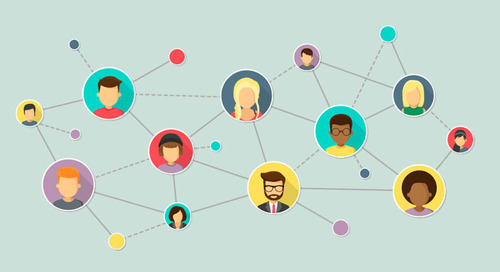 Hybrid jobs have made it challenging to gain social capital at work. Here are ways you can still foster meaningful relationships in the workplace. 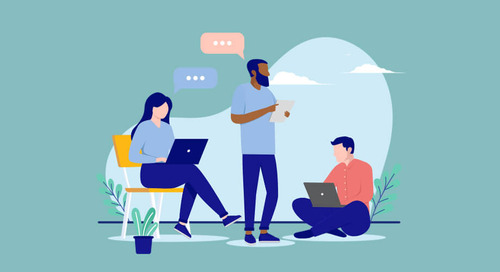 Professionalism in the Workplace: How Casual is Too Casual?

Now that many companies are encouraging a hybrid work model, we are trying to balance the old with the new. What does professionalism at work mean today? 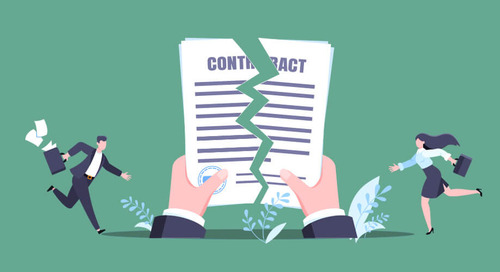 Was Your Job Offer Rescinded? Here’s What To Do Next

Did you recently get an exciting new job offer, only for it to be taken off the table? Here's how you should handle having a job offer rescinded. 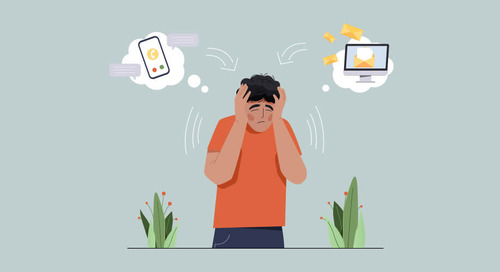 6 Signs Your Job Is Toxic

Being caught in a toxic job and work environment can negatively impact your mental, emotional, and physical health. Here are 6 signs you have a toxic job. 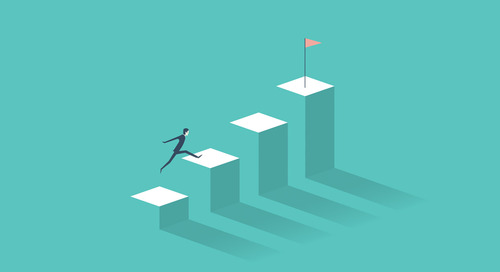 5 Essential Skills You Need To Grow As A Leader 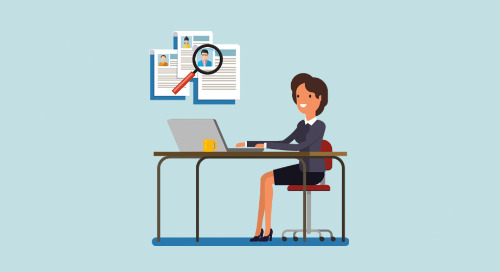 Working for a recruiting firm can teach you a lot about corporate recruiting. Here are 4 valuable lessons that can serve you throughout your career. 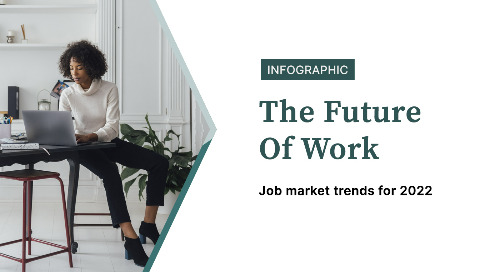 The Future Of Work: Job Market Trends For 2022

View our infographic for tips on adapting to a new workplace normal and navigating a candidate-driven job market in 2022. 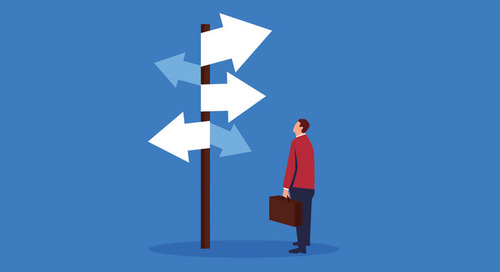 Considering Going Back To School? How To Decide If It Makes Sense

Going back to school is a big commitment. If you're thinking about taking the leap, here are four things to consider before making a decision. 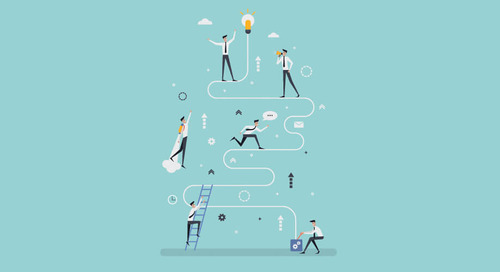 6 Career Resolutions For A Fresh Start This New Year

Looking to start the upcoming new year on the right foot? Here are 6 career resolutions you should consider so you can hit the ground running! 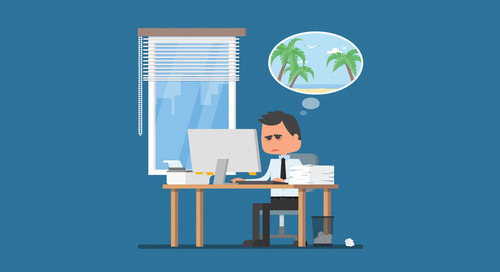 If you can't take that big trip you’ve been looking forward to, there are certainly a few ways you can safely enjoy your unused vacation days. 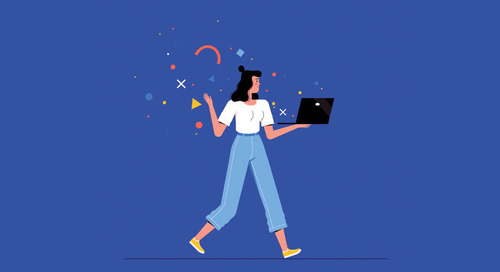 Thinking About A Second Remote Job? 5 Questions To Ask Yourself

Considering finding a second job? While the extra cash may be tempting, there are several factors you need to consider before jumping in. Here are 5!

COVID-19 Vaccinations For The Workplace: What You Should Know

COVID-19 vaccination mandates are affecting people across the country. As an employer or job seeker, it’s important to consider what this means for you.

Back To The Office: How To Ease Into A Flexible Work Environment

Returning to the office will be a big change for some. If you're jumping into a flexible work schedule, here's how to adjust. 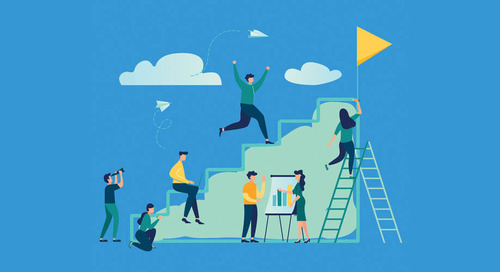 How Professionals Can Drive Their Own Career Growth

To keep your skills up-to-date and maintain your professional marketability in today’s market, you need to take the reins on your career growth. Here's how. 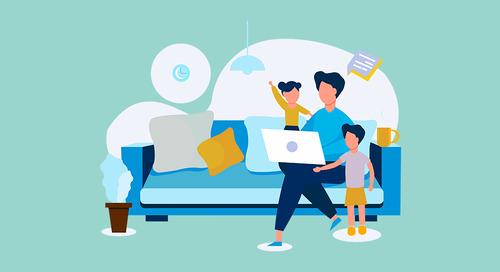 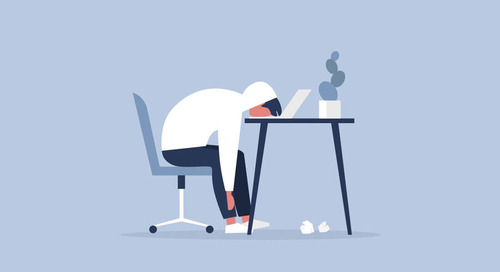 Are You Making These Remote Work Mistakes?

If you work for one of the many companies that are transitioning to a fully remote or hybrid office model, here are 6 remote work mistakes to avoid! 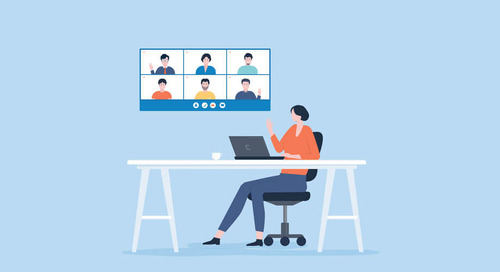 Virtual meetings have become increasingly popular, but many complain they're boring and unproductive. Here's how you can make yours more productive! 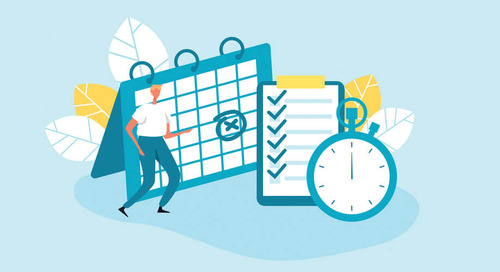 Having a flexible work schedule can make a major improvement on your mindset and productivity! Here are 6 ways to negotiate for one. 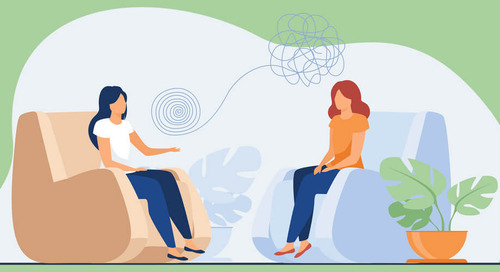 We checked in to see how our employees were doing and how they've managed their mental health. Here's some mental health advice based on their experiences. 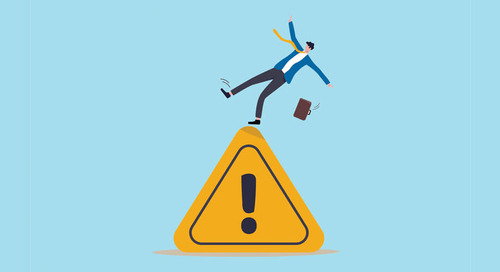 There are a lot more job search myths floating around that appear like legitimate guidelines. Here's some job search advice that you should stay clear of.